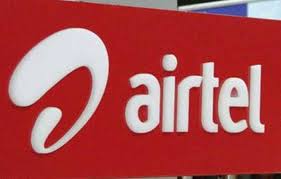 One of the biggest telecom companies in the country, Airtel has decided to give tough competition to other telecom companies this week. First of all, Airtel has changed plans of Rs 399 to overcome Jio. The company raised the validity of this plan from 70 days to 84 days. With this, the company has made a change in its prepaid Airtel Rs 149 Plan.

Prior to this, Airtel users Unlimited Air calls under this pack. But after this update, users are getting unlimited local-STD and roaming calls in this pack on any network. Valuation and other benefits of Airtel's Rs 149 plan will remain the same.

Where will the offer be available

It is worth noting that this pack of Airtel will be made available in a few areas in a big way. At present, this plan has been made available in Andhra Pradesh and Telangana. It may be possible to make Airtel available in other areas too soon. After this change, Airtel's plan has become the cheapest plan in the company of 28 days of unlimited valuation with validity. Some other changes have also been made in the plan of Rs 149. It will provide 1GB 3G / 4G data. Previously, it contained only 1GB 4G data in it.

Bharti Airtel has also changed the plan of Rs 399 to give the competition to Reliance Jio. Telecom company is now offering 84 days of validity to its users under the scheme of Rs 399. Airtel's tariff of 399 rupees is now being given 1GB data per day, 100 SMS per day and unlimited voice calling for 84 days.

The consumers who do not know will tell them that firstly users of Airtel's Rs 399 plan got the validity of 70 days. Now it has been increased to 84 days. Airtel has made this change in some circles. With this, the offer will be available only to a limited number of consumers. That is, some consumers will be able to avail of a revised plan of Rs 399.

However, it is expected that Airtel will release this change to other consumers soon. At the moment, we can give you so much information that a more validity plan of Rs 399 is not for the users of Andhra Pradesh and Telangana and Karnataka Circle. Some users of Airtel prepaid connection in Delhi got this offer.

On the other hand, rivalling Reliance Jio's Tariff Plans has become a big task for telecom companies. Especially big telecom companies such as Airtel, Vodafone and Idea Cellular have to work hard to stay in the competition. But Airtel Reliance is easily competing with Geo. This Rs 399 plan for Airtel is giving Geo equal competition.

Talk about Reliance Jio's plan for Rs 399, then in this plan, users will get 1 GB of data and 100 msa everyday. With this, users will also get the subscription of Geo app and unlimited voice calling facility. The validity of plan for Rs 399 will remain for 84 days.