Hello readers, we are back with a good news for all the iPhone lovers. Yes, there are rumors that soon Apple is going to launch iPhone XI Plus with 6.5- Inch Display. So let us dig full information about the device.

As per the latest reports, the tech giant Apple can launch a larger version of iPhone X. Chul-Joong of Jefferies & Co's new preview says that a new model with a screen of 6.5 inches which will be known as iPhone XI S Plus will be soon coming.

iPhone X is still attracting the world and is selling it with a huge demand in the market. In a day, the leading production is of 550,000. 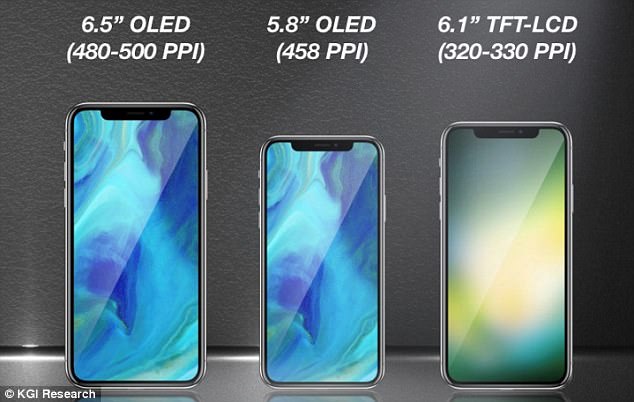 Apart from this, now there is new news about the tech giant Apple. The rumors are that Apple can bring a slightly bigger version of iPhone X. The new preview by Chul-Joong Kim says that this model will come with a big screen of 6.5-inches and it will be coming soon. According to the Analyst, the model called "iPhone XI S" will be coming by 2020. This device will significantly boost the production of OLED technology for companies like, LG Electronics which is already working with the tech giant Apple.

ALSO READ: Here Is Everything About iPhone 8, iPhone 8 Plus And iPhone X Launch! Specification, Features And Much More

The latest reports also say that the tech giant Apple is trying to reduce its dependency on South Korean giant Samsung and is planning some large investments in its new installation with LG. Chool-Joong says that the new iPhone XI S with 6.5-inch can only use 180 panels per sheet. But in the case of iPhone X, it can use 230 panels. The screen of iPhone X is annoying because of its complex nature and the cut at the top of the screen. But, Apple has started the mass production later because of few problems with the fingerprint sensor.

The analyst added and said, the investments in foldable OLED displays will continue. It is expected to bring the first model in the market in 2019. The manufacturers will start experimenting with different models in early. next year In coming next year, it is said that the Tech Giant Apple is launching three models of iPhone and all the three will feature Facial recognition, which is known as Face ID. But from this three one of them will have an LCD screen to have a lower price.

ALSO READ: Do you miss the home button in your new iPhone X? Well There is a way to add a virtual button

So, guys what do you think about the new and upcoming launch of Apple iPhone XI S Plus? Share your thoughts with us by commenting below. Stay tuned to us for more and latest updates.