BSNL Rs 78 Plan, Vodafone Rs 511 & Rs 569 Plan, Idea Rs 159 Plan Launched, The Indian state owned telecommunications company Bharat Sanchar Nigam Limited introduced a new prepaid recharge plan in the country, this plan has been priced at Rs 78. From the past few weeks Bharat Sanchar Nigam Limited also known as BSNL has not been active, the telecom operator did not launch anything special. Apart from competing with private telcos such as Reliance Jio, Airtel, Vodafone etc. BSNL is also known for bringing tariff plans on the occasion of major festivals in the country. And it continues as BSNL has now launched a new prepaid plan of Rs 78 four days before Diwali.

Having said that, this new prepaid recharge plan is one of the best plan under Rs 100 from the Government owned telecom operator, this plan benefits a total of 20GB data along with unlimited voice calling with this prepaid plan. And the best part is the plan’s availability is across the 20 telecom circles where BSNL is operating. The Indian subsidiary of UK based Vodafone Group plc and was a provider of telecommunications services in India Vodafone, also launched two new prepaid recharge plans priced at Rs 511 and Rs 569. Both of these prepaid plans taking on Airtel and Reliance Jio’s offerings. 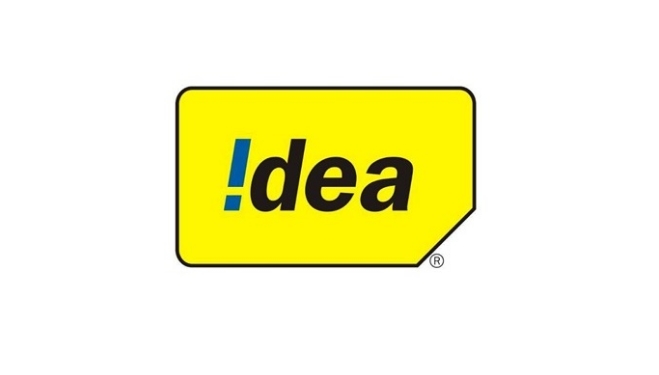 Idea cellular also introduced a new prepaid recharge plan of Rs 159, Few days ago Vodafone India launched a prepaid plan at the same price. So Idea has introduced this plan to unify its tariff portfolio for the new entity Vodafone Idea Limited.

Vodafone introduced the Rs 159 prepaid plan in some of its 4G circles but as an open market plan, but that’s not the case with Idea Cellular. The telco has unveiled this plan in its popular circles but as a segmented offer valid only for select users.

Another thing worth noting is the benefits of this new plan from Idea Cellular because it carries the same benefit as Vodafone’s Rs 159 prepaid recharge. Idea Rs 159 recharge plan benefits users 28GB of data, unlimited voice calls and 100 SMS per day.

Diving into the details of BSNL Rs 78 prepaid recharge plan, it offers unlimited voice calls without any FUP limit to any network within India. A total of 2GB data per day, post which users will get speeds of 80 Kbps. The validity of the plan is ten days, meaning users will be able to enjoy high-speed data of up to 20GB.

Anupam Shrivastava CMD BSNL said that on the “Occasion of Durga Puja, Dussehra and Diwali, STV 78 will suit to all and will enable them to be in touch with their family and friends during the festive season.”

Earlier, The Government owned telecom Company Bharat Sanchar Nigam Limited introduced its mega offer under which it offering Rs 399 prepaid recharge plan at just Rs 100 in selected states. This offer is valid for new users who join the network directly and via Mobile Number Portability.

There are some more terms with this offer. Firstly, this offer is available only for users who produce BSNL coupon printed on the domestic LPG bills of IOCL/HPCL. Second, the offer is available in only seven states respectively Uttar Pradesh ( East & West), Uttaranchal, Himachal Pradesh, Haryana, Rajasthan, Punjab and Jammu & Kashmir. The coupon will be provided by LPG dealers in the states.

Moving on to the details of Vodafone India new prepaid plans, the Rs 569 plan ships 3GB of 4G/3G data per day along with unlimited voice calls capped daily and weekly according to the FUP limit. There are also 100 SMS per day bundled in the pack.

On the other hand, the Rs 511 plan gives 2GB of 4G/3G data per day combined with the usual unlimited voice calls and 100 SMS per day. The validity of both the plans is 84 days. The cap for voice calling has been set at 250 minutes per day and 1000 minutes per week for these plans.

If we talk about monthly benefits of these plans than with Rs 569 prepaid recharge plan Vodafone India is offering 252GB of 4G/3G data for 84 days, and the Rs 511 plan gives 168GB data for 84 days.

With this plan, Vodafone has brought down the value of per GB to just Rs 2.25 and that’s a masterstroke from the country’ second largest telecom service provider. Vodafone might remove the Rs 549 prepaid plan anytime as the Rs 569 plan has been introduced as a pan-India plan.

Getting into the specifics of Idea Rs 159 plan, The plans benefits 28GB of 2G/ 3G/ 4G data which will spread across 1GB data per day for the entire validity period of 28 days. Alongside the data benefit, users will also get unlimited local, STD and national roaming calling with 100 SMS.

Idea Cellular is still limiting the voice calls to 250 minutes per day and 1000 minutes per week. Furthermore, If you want to check the availability of this plan on your Idea prepaid mobile number, head over to the company’s website or mobile app and check for the special offers associated with your number.

You might know that, Vodafone India and Idea Cellular merged to form Vodafone Idea Limited which is currently the leading telecom service provider in the country. The combined entity became operational very recently, and right now, the telcos are in the process of getting everything together including network infrastructure, tariff plans and employee base.

The new Rs 399 Nirvana plan, users will get a total of 40GB 2G / 3G  /4G data, unlimited voice calls valid within India without any FUP limit and 100 SMS per day which works even on roaming. With this  plan users will be able to carry forward a total of 200GB.

Next, The Rs 499 Nirvana Plan which now gives a total of 75GB, up from the earlier 40GB data benefit. The plan also offers unlimited local, STD and national roaming voice calling and 100 SMS per day which even work on roaming. Same as the Rs 399 plan, a user can accumulate up to a maximum of 200GB with the data carry forward feature.

Moving on, the Rs 999 Nirvana Plan, which also offers better benefits than earlier. A user will now get 100GB of data with this Rs 999 Nirvana plan with a carry forward option of up to 200GB. Alongside, Idea is also providing free unlimited voice calling and 100 SMS per rental with this plan.

The Rs 1,299 Nirvana Plan offering a total of 125GB data benefit every rental with the data carry forward option of up to 200GB. Users will also be able to enjoy unlimited voice calls and 100 SMS per day during the rental period. The Rs 1,299 Nirvana plan also provides a user free 100 minutes of international calling to the USA, Canada, China, Hong Kong, Singapore, Malaysia and Thailand on specific codes.

Do you like above given BSNL, Vodafone and Idea prepaid recharge plans ? Let you know your thoughts in comment section given below.