Highlights of the smartphone are 48 megapixel rear camera with a Sony IMX586 sensor that's part of a triple rear camera setup, HiSIlicon Kirin 970 System on chipset, 28 GB of inbuilt storage, 3,750 mAh battery, as well as its gradient colour design. Currently, Customer can pre-order the Huawei Nova 4 smartphone via Huawei's Vmall e-commerce site and will available for purchase starting 27th December 2018. 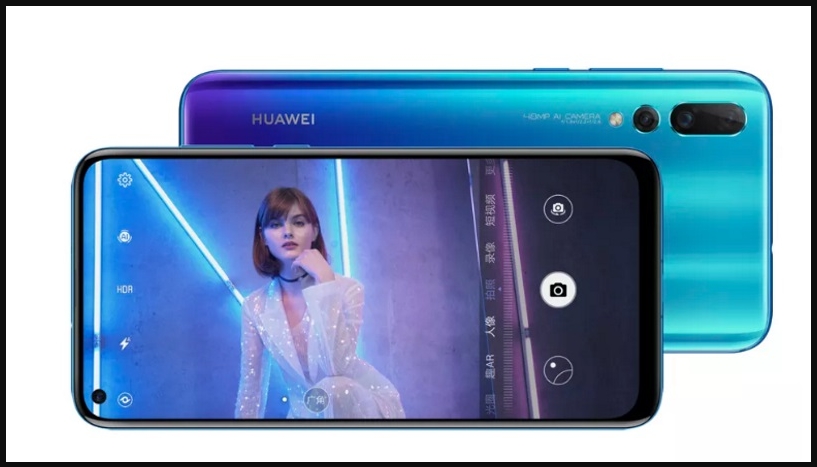 As for the Connectivity options, the smartphone include 4G VoLTE, Wi-Fi 802.11ac, Bluetooth v4.2, GPS / A-GPS, USB Type-C (v2.0), and 3.5 mm headphone jack. Sensors includes a accelerometer, ambient light sensor, digital compass, gyroscope, proximity sensor. Moreover, finger print scanner module is given on the back of the smartphone and supports face unlock features. For power, the smartphone is backed by 3,750 mAh battery unit, under the hood. Previously, the Chinese maker launched Huawei Enjoy 9 smartphone which comes in four colour options including Black, and three gradient colour options as well Blue, Red and Purple. The smartphone features waterdrop shaped notch on the top of the display dual camera setup at the back stacked vertically, volume and power buttons on the right edge, and a three slot SIM tray on the left edge of the device. The Huawei Enjoy 9 smartphone comes with 6.26 inch HD+ LCD IPS display with a resolution of 720 pixels x 1520 pixels, measures 158.92 x 76.91 x 8.1 mm (height x width x thickness) and weighs about 168 grams. It is powered by the Qualcomm Snapdragon 450 octa core processor coupled with 3 GB of RAM and 32 GB of internal storage which is expanded Upto 512 GB with a dedicated microSD card.