Now, it is confirmed through franchise which shows how the flexible screen phone will look like. Earlier this week, Huawei has launched Huawei P20 series and now there are rumors about the company working on a foldable smartphone. This foldable smartphone will soon be launched in the market.

Huawei To Launch A Foldable Smartphone

Recently, one copyright filing gave us a hint that Huawei is working on a foldable smartphone. This patent was spotted by LetsGoDigital.  The device will give the users a display like a tablet which can be foldable in a smartphone-size form.

However, there was an expectation from Samsung to launch a foldable smartphone first with Samsung Galaxy X. But finally, it was taken by ZTE Axon M. It comes with a flexible dual screen which has a design less innovative. But, now it looks like Huawei don't want to be left behind.

The CEO of Huawei Richard Yu, said last year in October that they are working on the folding screen phone. So, we can say that the news is not a rumor, but a reality. 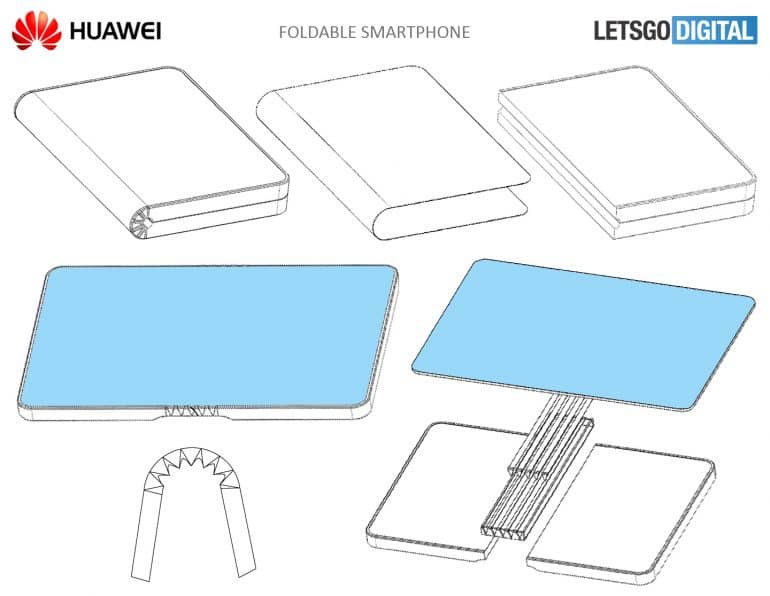 This is the picture which the manufacturer wants to launch with a folding screen. Huawei is one of the best manufacturers in the industry with the latest launch is breaking the records in DxOMark. Huawei P20 camera and P20 Pro are the best in the market.

NOTE: This patent is just a concept and the fold-able device may not have this design.

As of now, we don't know when we will see the foldable screen device from Huawei, Samsung, and others. But whenever the device will come we are sure it will be the best.

So, what do you think about the foldable smartphone? Share your views with us by commenting below.