Telugu Character iPhone Crash: iPhone is one of the most secure smartphones in the world and recently they have launched their face unlock feature which uses infrared lights to make a scan of your face and uses it to unlock your smartphone. It is also claimed that you cannot trick it using a picture or mask but do you think iPhone is really safe? Or it can be hacked or tricked to jailbreak or crash?

A new minor threat is popping all over the internet named Telugu iPhone crash in which one can send a Telugu ( Indian language ) character to any iPhone and once the person opens that text, there iPhone crashes back to the homepage or in some events even restarts. So what is the character and why this creepy thing happening?

Well, it's not that creepy when you read this information given below about the character "" and why it is crashing iPhone smartphones.

#Update: Apple has release a new iOS, watchOS and tvOS updates with suppliment update for macOS with version 10.13.3 mainly to fix the Telugu character bug.

A character from Indian language Telugu is causing the iPhone crash of many iPhone users once it is sent to their message or even some apps like Live.me where people use their smartphone to live stream.

Once the receiver opens the text or just receives the text while live streaming their iPhone immediately gets crashed and some are speculating that it can also jailbreak their iPhone which means their phone's warranty gets void.

Disclaimer: This article is completely shared for educational purpose and we do not and will never encourage anyone to use it against someone.

What is iOS Crashing Telugu Character?

So here comes the main question, what is this character and from where it is originated. What does it means in English or Hindi?

It is a letter in the Telugu alphabet pronounced Jna. The letter 'Gna' or 'Jna' is used to form words like ‘Gnanam’ which means wisdom/ knowledge.

Why are iPhones crashing due to it? 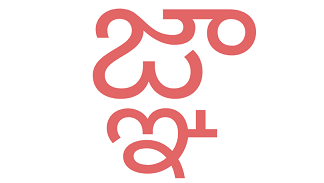 One of the explanation is that it crashes iOS devices because of the default font Apple uses.

San Francisco is the default font that doesn’t support this character so when it tries to display it, iOS crashes instead.

This isn’t a problem on other apps where it doesn’t use San Francisco as a font. But some apps like Apple's default messaging app or some apps like Live.me where people used to live streams are now getting trolled by many due to this character.

Another explanation is that in the iOS, Mac OS and watch OS update this would crash the app which it was sent in. If you receive a notification that includes that heinous character, Springboard will reset. Springboard is the part of iOS that manages notifications.

In some cases, and if you reboot the phone before Springboard resets, your phone will go into a boot loop and refuse to start up.

Apple is advising anyone sent a message with the Telugu letter in to delete the entire message thread. Phones that have fallen into a boot loop may also need to be wiped and restored before they can be used again.

So guys, do not use this character and Apple will soon bring a fix to this issue. Stay tuned and we will update this article about Telugu iPhone crash character.