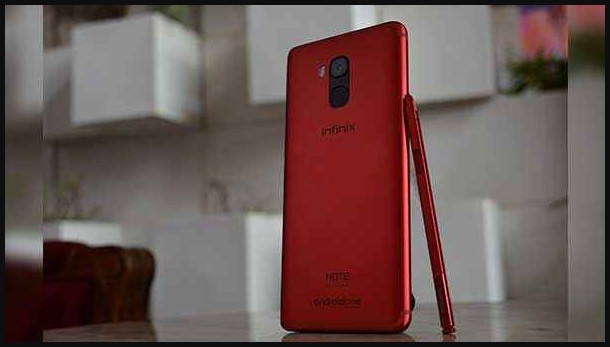 Diving into the specifications, The smartphone flaunts 5.93-inch full HD+ LCD display with a resolution of 1080x2160 pixels, peak brightness of 500 nits, support for 85 percent NTSC colour gamut, a pixel density of 407ppi, measures 158.25x75.25x8.65 mm and weighs 175 grams. Under the hood, the smartphone is powered by an octa core

MediaTek Helio P23 SoC, clocked up to 2GHz, paired with 4GB of RAM and 64GB of inbuilt storage. Storage can be expanded with a MicroSD card upto 128GB. 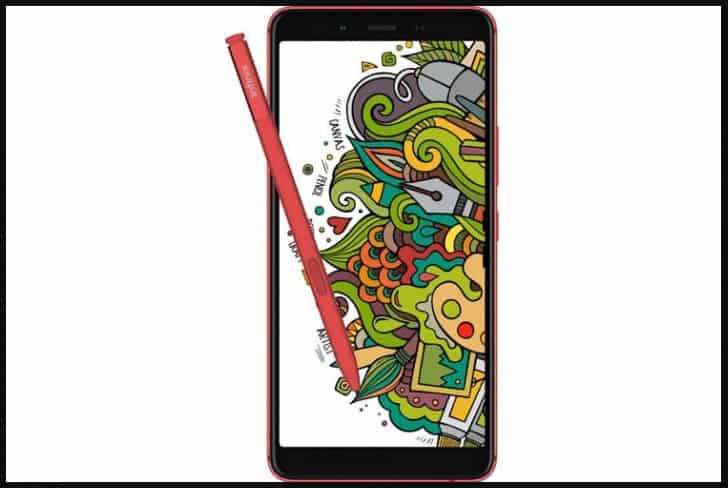 In terms of optics, the handset features a 16 mega pixel rear camera with an f/1.8 aperture, dual LED flash, and HDR support. The camera app features AI Auto Scene Detection, AI Portrait, and Beauty modes. On the front, the Infinix Note 5 Stylus comes with a 16 megapixel camera with an f/2.0 aperture, 4-in-1 Big Pixel tech, and softlight flash. 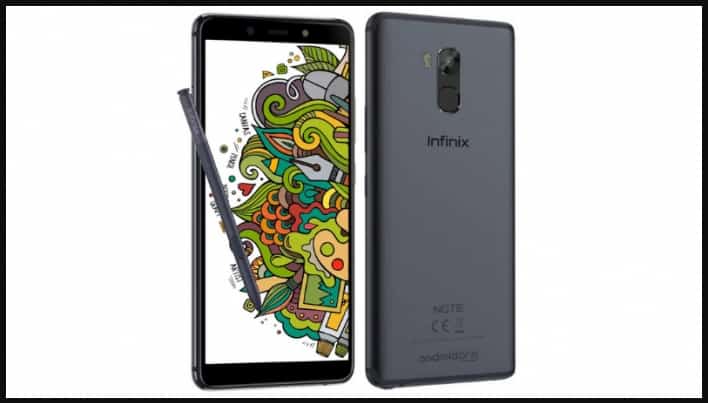 As for the Connectivity options, the Infinix Note 5 Stylus smartphone includes 4G VoLTE, Wi-Fi, Bluetooth v4.2, FM radio, a 3.5mm headphone jack, and Micro-USB with OTG functionality. Sensors on board the Infinix Note 5 Stylus include an accelerometer, ambient light sensor, digital compass, gyroscope, and a proximity sensor. Fingerprint scanner on the smartphone is given at the back panel.

For power the smartphone works on beefy 4,000mAh battery with an 18W fast charger. In term of software, the device runs Android 8.1 Oreo, and is part of the Android One programme. Color options are Bordeaux Red and Charcoal Blue colour. Earlier, The Hong Kong based brand launched Infinix Note 5. The smartphone comes with a 5.99 inch full HD+ Full View display along with an 18:9 aspect ratio, 500 nits of brightness, with a resolution of 1080x2160 pixels, and 85 percent screen to body ratio. The company has provided a glass finish that comes through a 10 layer coating of reflective nano chrome particles along with a 2.5D curved glass on top. Under the hood, there is a MediaTek Helio P23 SoC, coupled with ARM Mali G71 GPU as well as 3GB and 4GB RAM options.

Optics include, a 12 megapixel sensor at the back that comes with a large, 1.25 micron pixel size and an f/2.0 aperture. The camera supports features such as low light photography, AI-based auto scene detection, and AI portrait mode. The rear camera also includes an LED flash. On the front, there is a 16 megapixel selfie camera that has an f/2.0 aperture and a four-in-one pixel technology.