With many news leaks every now and then but still it was not confirmed that when the super affordable Jio mobile releases as per leaked news and specification, we talk about new Reliance Jio 4G mobile. It's a weather of nostalgia with Nokia bringing back 3310 and keypad mobiles coming back from the dead, it is now the turn of a new 4G keypad mobile that supports 4G VoLTE and internet also.

Latest Update(6 july ) : According To Reports Jio Feature Phone expected to launch Rs 500 Only And the Launch Date might be 15 August.

According to 91mobile, Reliance Jio started the production of this pretty affordable phone. There are two variants of this phone Rs 999 and Rs 1,500 approx. Mukesh Ambani-backed that this phones are for the low budget and for the rural areas where people needs better internet access at cheaper prices for data packs as well as the device itself. 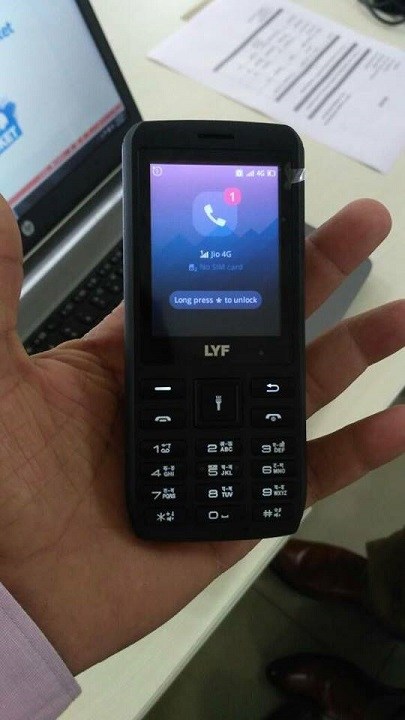 This phone is packed with Reliance Jio SIM card which also makes the space for the regular Jio apps. As per the leaks, news is that there is online booking and will be available for Reliance Jio 4G but there is no official confirmation about it from the company and hence it should be taken with a pinch of salt. So, yes the leaks are out and we can see this mobile in our hands very soon and the 4g revolution will jump to new heights for sure.

According to the report, Reliance Jio 4G VoLTE supported phone will be powered by Qualcomm and Spreadtrum chip-sets. The phone with Qualcomm chipset will cost approx Rs 1,800 and the Spreadtrum chipset will cost approx 1,740. We will also see an increase its telecom user base of around 100 million. The company offers the phones at Rs 999-1500 as we talked previously.

Specifications of the Reliance Jio 4G :

Reliance Jio 4G VoLTE phones come with basic Hardware which is by the way expected at this price tag set to be really minimal with the 2.4-inch screen. This phone is powered by 512MB RAM and 4GB inbuilt storage which is expandable via MicroSD card, great right?

On the Camera side, there is a 2 megapixels rear camera and VGA front facing camera, to which we can’t really complaint at this price point. Apart from this, there is also Wi-Fi, NFC, and GPS but no confirmation of wireless tethering option.

As per leaked image of Reliance Jio 4G VoLTE phone, the device will be alphanumeric keyboard below the screen. There are also dedicated buttons for MyJio, JioTV, JioCinema, and JioMusic apps.

This phones is very helpful for the rural areas and this is mainly for who has not afforded the smartphones and this will also give high-speed internet access at such areas where talents can grow with the help of such a move by the Jio. As per Telecom operator confirms that Jio users increase up to over 100 million within just six months which is a humongous number.

India’s mobile phone market is still largely skewed towards feature phones than smartphones. Allowing people to buy the phones with better internet access at such an affordable price is a commendable work.