Home
/
Nokia
/
Leaked Pic Of Nokia 10 Reveals It Has 5 Rotating Cameras Set Up!

Hello, readers, earticleblog has brought you a great news about Nokia 10. As a sketch of Nokia 10 is leaked and it shows FIVE rotating cameras set up and also how will it work. So here we are going to tell you everything in detail. Go to the full post to know all the details.

As we have informed you that there is a big event of MWC 2018 in Barcelona and HMD Global is preparing much for it. In this event, Nokia is going to launch its flagship and few of the devices are also expected to be launched.

Nowadays, the most important thing in Smartphones is Camera as most of them want their pictures good. With the help of the camera, all the users get best results in their photography. For this now it looks like Nokia is all set to bring a smartphone with FIVE CAMERA set up. Yes, 10 Penta-Camera Setup in Nokia 10.

First, 5-camera set up of Nokia is here!

There are rumors which sounds weird and we can't believe it. Recently, a sketch of Nokia 10 is leaked by the industry insider on Baidu. This leak sketch shows Nokia 10 having Five cameras on the back. If you don't believe then have a look at the picture.

Picture of Nokia 10 with Five Camera Setup At The Back

We can see in the picture, the four cameras are arranged in a diamond shape and other are at the top between the two LED flash.  It's obvious that this device will not look normal. As it has 5 five-camera setup. 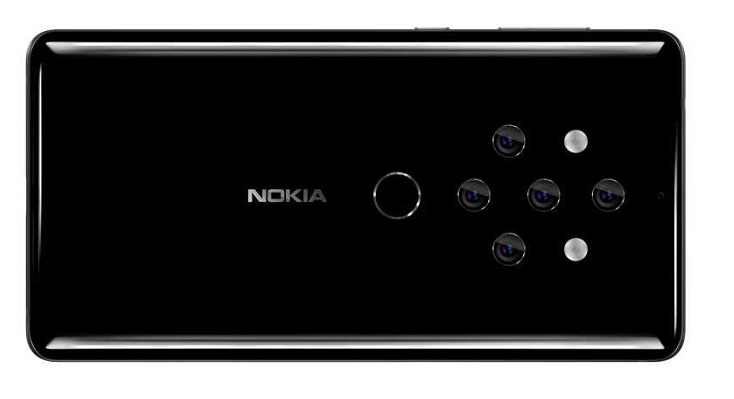 We don't have any idea of the functions, but few of them have already started imagining about how it will be. Now, let us know how these cameras will work?

How Does It Work?

If we go according to the sketch then it looks like Nokia Lumia 1020. Nokia 10 will have a large circular module. There is multiple lens in the camera with different lenses of focal lengths.

Zeiss, a German Lens Maker has already permitted miniature zoom camera which uses the same technique. It contains a number of lenses which are arranged and can rotate in a circular pattern. This can be true as Zeiss has a great association with Nokia. Nokia 8 is having Zeiss lenses.

And, this Nokia 10 is not the first smartphone to give multi-lens camera solution. The camera L16 has 16 lenses. Also, there are rumors that Huawei is going to launch the P11 with a Triple-lens camera.