The Sunday which just fall on 9 January 2017 was not an ordinary one. Most of us plan to get lazy and enjoy our Sunday holiday! We surely did, but there was a big surprise given by a company which no one expected. We knew that this company would return back and start launching it's mobiles once again, but we had no idea that it will release it in the 2nd week of January, 2017 only.[Last Update :04 July 2017 ]

Yes, we are talking about the return of the big and branded company Nokia. It recently gave us a sudden surprise on 9 January 2017, Sunday by launching it’s first Android Phone Nokia 6 which is developed by HMD Global. But, there’s a sad news that it's only available in China as of now. 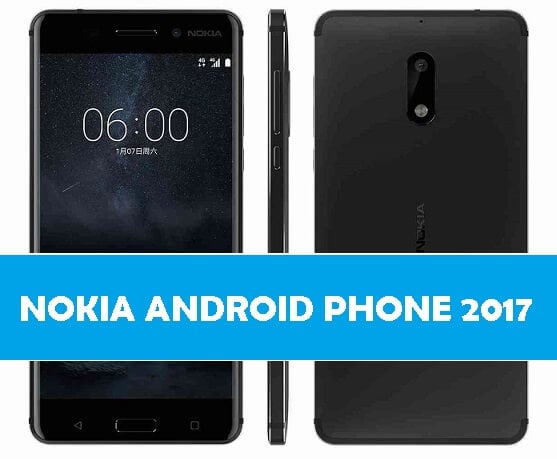 There look no chances of it coming in any other country. So, If you think of importing it, then you will surely want to know the price and specifications. We will also be giving you a bonus, by revealing information about another Nokia upcoming Android phone – Nokia E1, which is expected to release in 2017.

Nokia 6 was launched as a surprise release on January 8, 2017. In this Android phone, you will get 5.5 Full High Definition Display and it’s also said it has 2.5D Gorilla Glass.

It has 4 GB RAM and it runs on Qualcomm Snapdragon 430 CPU. It has internet storage of 64 GB and a slot of microSD, which is expandable up to 256 GB. It has complete 6000 series aluminum body.

So, basically, this phone is mid range and not some high range Smartphone.

You May Also Like: Asus Zenfone AR: Price in India, Specs, Buy on Flipkart Amazon

It has got 3000 mAh non-removable battery. It also has dual speakers with Dolby Atmos. It has also got Fingerprint scanner and other basic sensors. It’s available in China at 1699 Yuan and you can get it through site JD.com.

As Nokia 6 is just launched, there are also plans for Nokia E1 launching in 2017. According to the latest leak, there was some specification leaked about the phone Nokia E1. Well, this phone is also be going to made by HMD Global. It said that this phone will run on Android Nougat 7.0 out of the box.

So, that's it for today! We are very excited about the new release of the Nokia’s phone – Nokia 6. We can say it proudly that the KING IS BACK!. Still, we don’t know the reason why Nokia 6 was only launched in China.

But, Nokia is set to release more mobiles in this year, so it looks, it may be having some great plans for other country’s also, you never know! We have also presented you main specifications of Nokia E1, which is also set to release in 2017.

So we hope you like our review of the mobile and What are your thoughts about it? Will Nokia 6 come to India or any other country? Let us know in the comments box below.