Nokia Supreme also known as Nokia 8 is flying in the tech world with leaked specifications and overview. Here we are compiling some of the main features and specifications of Nokia 8 Android phone. We have also added expected release date and price in India. Just a few days back Nokia 6, the first Nokia's Android smartphone was launched commercially and here comes another Nokia Android mobile leaked on GSMArena. [Last Update :04 July 2017 ] Actually, the video is originally leaked by Total Tech and shared on Gsmarena where they have provided the camera comparison between two processors. So with that leaked video, everyone is sure that next big thing in Nokia upcoming Android phone 2017 will be Nokia 8 (which was condemned as Nokia Supreme in CES 2017) and it is a flagship smartphone where there is no compromise regarding performance.

#Update 14th Jan: Turned out that Qualcomm is denying that this is not Nokia branded smartphone. It was just the display of Snapdragon 821 and 835 in some mystery phone. We will verify and update if any further news comes for this.

Nokia 8 is packed with Qualcomm Snapdragon 821 & Snapdragon 835 which are best regarding processor performance, and this phone have the potential to compete with other high-end smartphones like Samsung, Mi Mix and iPhone.

There are two variants for Nokia 8 regarding processor, and they are Snapdragon 821 & 835 having 4GB and 6GB of RAM respectively. 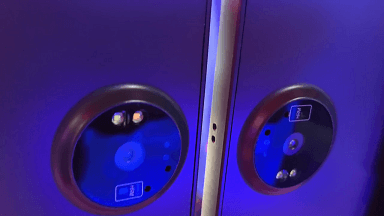 Nokia 8 is embedded with 24 Mega Pixel of rear camera with Image stabilization feature and 12 MP of front selfie camera.

Coming to the built quality, Nokia 8 is covered with uni-body metal construction and leaked video doesn't reveal whether is has Home button or fingerprint sensor or not.

The above specifications are based on two variants of Nokia 8 and battery power is not yet revealed anywhere by anyone.

Nokia 8 is expected to be launched on 26th February and its price is going to be much higher than Nokia 6 since it has a much better processor and other specifications. Moreover, there is no official announcement about the release of this Nokia 8 Android mobile in China or worldwide so the best option is to wait and hope it comes in India too.

In this video, a Youtuber with a channel named Total tech has revealed the camera comparison between two variants of Nokia 8, initially known as Nokia Supreme at CES 2017 event.

I hope you liked this post on Nokia 8 Price in India, specifications and leaked video. Share your views about this Android phone and how much you expect it to be priced with these high-end specifications.