Nokia is about to announce many smartphones at Mobile World Congress 2017, but still every other day we get to know about Nokia leaked smartphone. This time we have Nokia Tablet, which was spotted on GFXBench with an idea about Nokia-branded tablet specifications. Every company gives their newly developed smartphones to the beta tester who sometimes leaks images or specifications on the various testing environment like Qualcomm, Antutu benchmark, etc.[Last Update :04 July 2017 ] 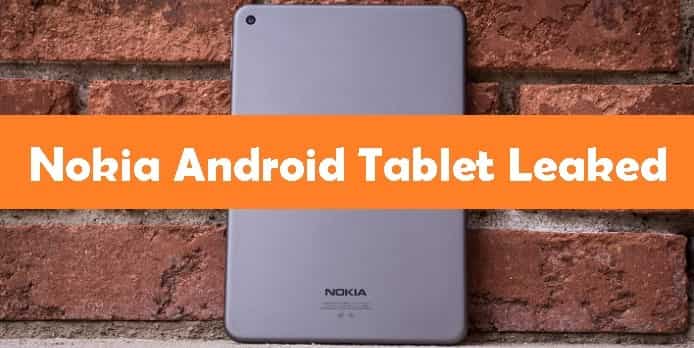 Leaked Nokia tablet comprises of Snapdragon 835 octa-core processor clocked at 2.2 GHz CPU with Qualcomm Adreno 540 GPU. As usual, it will also come with Android Nougat 7.0 as an operating system with FIH edition. Moreover, the display screen size for Nokia tablet is 18.5 Inch that is 2560 x 1440 resolution pixels touchscreen with at least 5 finger gesture support.

Nokia Tablet will have 4GB of RAM and 64GB of internal storage, and there is no mention of SD card slot at present for memory expansion. The rear camera is 12 Mega Pixel having features like flash light, HDR photo, autofocus, etc. Front selfie camera is exactly same as the rear one that is 12 MP.

The main rear camera is 12 Mega Pixel with Ultra HD video recording support at a resolution of 3840×2160 pixels and have features like flash light, HDR photo, autofocus, etc. Front selfie camera is exactly same as the rear one that is 12 MP but without LED flash.

Nokia Tablet price is not yet leaked but it may be under high-range due to its flagship processor.