Nokia Edge will be the next flagship killer in Nokia new android series after Nokia 8 Android smartphone. There are many rumours and concepts out for Nokia Edge specifications and look but some are saying that it may never be launched by the name Nokia Edge. Nokia Edge could be launched as Nokia 9 in flagship series. Some big sites like NokiaPowerUser have confirmed that these are just a concept and rumour based of the leaked Nokia 8 images. They have also claimed that if ever this smartphone gets launched then it will not be named as Nokia Edge. 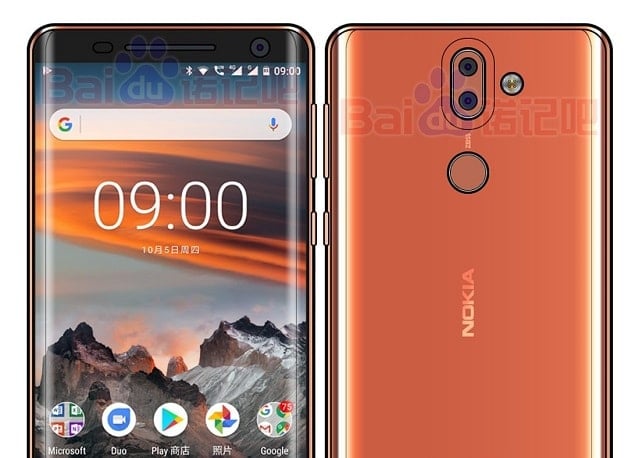 Below we have referred Nokia Edge concept created by famous Concept Creator. We have linked to the source Youtube channel with the video about Nokia new upcoming android smartphone below.

Note that if Nokia Edge or Nokia 9 ever going to launch then it will come with latest Android Oreo update hence we might have to wait for next year. Also after the trend of bezel-less design from iPhone X and Samsung we can expect buttonless design from Nokia Edge.

So here are the features and full specifications of Nokia Edge 2017 smartphone as per the rumours out in the tech space.

To compete with smartphone giants like iPhone and Samsung, Nokia 9 might come with Iris scanner in its upcoming Android smartphone Nokia Edge or Nokia 9.

22 MP dual camera shooter might be the best thing in this flagship as per the claims. This rear camera will be nurtured with Carl-Zeiss camera and front facing camera will be 12 MP.

The most powerful processor till date in Android, i.e., Snapdragon 835 will be reflected in Nokia 9.

Another interesting fact came up from a trusted source that Nokia 9 will be the first smartphone to get 'Nokia OZO audio' which is an audio enhancement technology which has 3D capture and playback capabilities.

Since it will be launched in next year hence we can guess that it will definitely come with Android latest Oreo 8.0 update.

As per the rumours, it may be costly due to many features and high end specs. You can get Nokia 9 in India at a price near to Rs. 57000 and this may vary according to the variant. It may be launched next year in April 2018.