The  Global Market Launch of Nokia X6 is expected to start with Hong Kong. Nokia X6 was debuted in May in China and now is reportedly launching in Hong Kong on 19th July. The device Nokia X6 has a display notch and also has a feature of Face Unlock to the rivals like Asus ZenFone Max Pro M1 and Xiaomi Redmi Note 5 Pro. In India, last month the device was surfaced to the official site of Nokia. As per the reports the Nokia X6 will be launched in Hong Kong as Nokia 6.1 Plus. Only the name is changed as the handset will have the same hardware and design as the original device which is launched in China.

So, the new model will have the display of 5.8-inch with a notch and the octa-core Snapdragon 636 SoC. Only,

there are the changes on software front as the new handset is said that it will come under Google's Android One programe like Nokia 6 (2018) which was revealed at MWC 2018 in February. In China, Nokia X6 runs on Android Oreo. 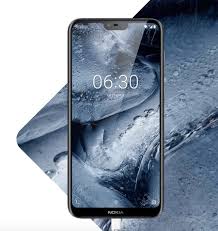 According to the reports, it is not revealed that HMD Global, the licensee of Nokia Brand for the phones, are in plans to launch Nokia 6.1 Plus around the global markets. However, we can just imagine that some of the normal details of Nokia X6 will come to the launch of Nokia 6.1 Plus.

Earlier, the  Juho Sarvikas, an HMD Global CPO hosted a Twitter Poll to understand the demand for new phones in the market. Last month, the global variant of the Nokia X6 has received Taiwan's NCC Certification.

Nokia X6 is a dual SIM(Nano) device which runs on Android 8.1 Oreo. It has a 5.8-inch full-HD+ display. The upcoming device Nokia X6 is powered by an octa-core Snapdragon 636 SoC.

It has 6GB of RAM and the internal storage is 64GB which can be expanded by memory card up to 256GB. The camera setup is of the dual rear camera which has 16 MP primary sensor and a 5MP monochrome sensor with a f/2.0 aperture with an LED flash.

The front camera is a 16MP sensor with a f/2.0 aperture. There is a feature called Bothie in the device which let the users to capture the images from the front and rear camera sensors at the same time. The Face Unlock feature is also there is the device. It has a power packed battery of 3060mAh. 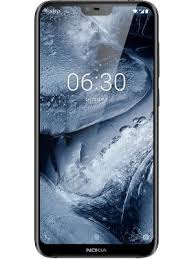