Nubia Red Magic 2 Gaming Smartphone With 10GB RAM Teased, The Chinese smartphone manufacturer Nubia Technology, headquartered in Shenzhen, Guangdong. Originally started as a wholly owned subsidiary of ZTE, this brand teased a new smartphone of its Red Magic lineup. Nubia is all set to launched its new gaming smartphone dubbed as Red Magic 2 and has already teased some of the key specifications of the handset such as the Qualcomm Snapdragon 845 SoC and 10GB of RAM. This smartphone is the successor of Red Magic Gaming smartphone which was launched earlier this year in April month. the teaser does not mention the launch date of the Red Magic 2 smartphone, in a previous Weibo post by Nubia General Manager Ni Fei teased a smartphone that will launch on October 31. However, it is not clear whether it is a Nubia X or Nubia Red Magic 2. 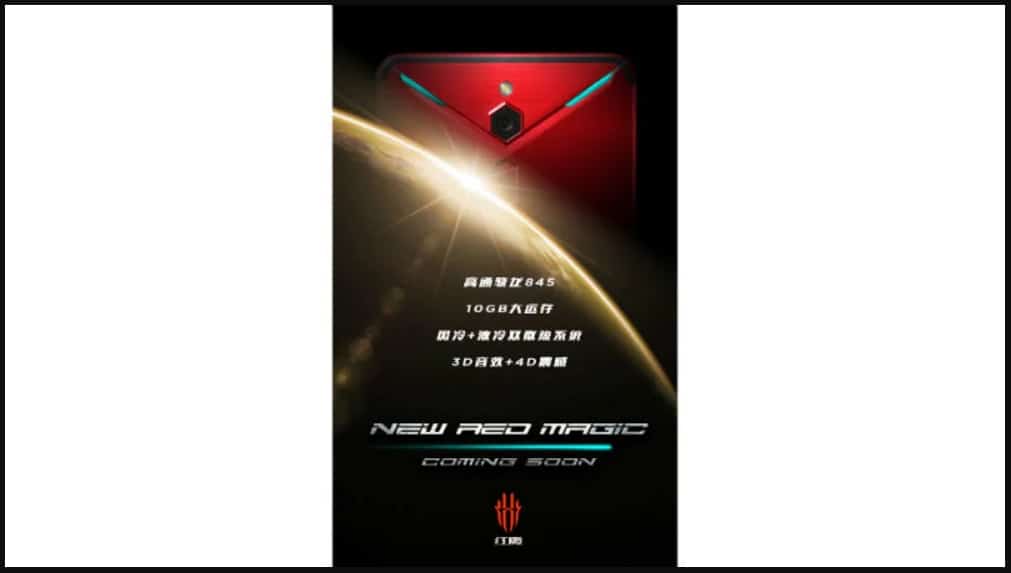 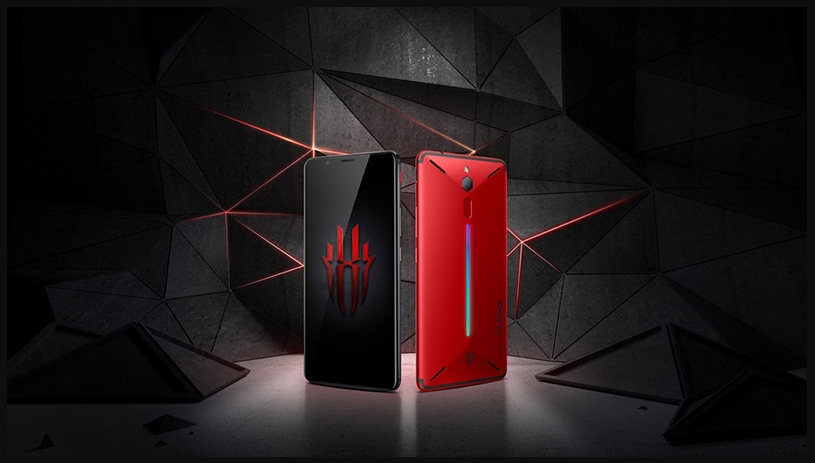 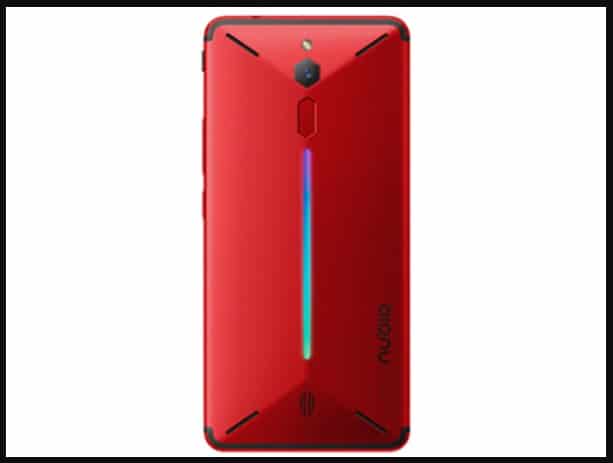 The teased image also suggests that the company has introduced 3D surround sound, which could mean that the Red Magic 2 will come with stereo speakers. Interestingly, there is another addition called 4D gaming enhancement. It could mean the inclusion of haptic feedback support for some Google Play titles. The Nubia Red Magic 2 smartphone comes with Both liquid and air-cooling tech with nine air radiation slots to assist in thermal dissipation, apart from three-layer graphite lamination technology, while the Nubia Red Magic only had air cooling tech. The phone runs on Android 8.1 Oreo, sports a 6-inch full-HD+ (1080x2160 pixels) LTPS TFT display. Optics include a 24-megapixel rear camera with LED flash, an 8-megapixel selfie camera. The Phone has 6.8-million colour RGB LED panel at the back, and an aviation-grade aluminium alloy build with a diamond-cut surface and 'vector aesthetics. Lastly, Fingerprint scanner is mounted on the back of the smartphone. 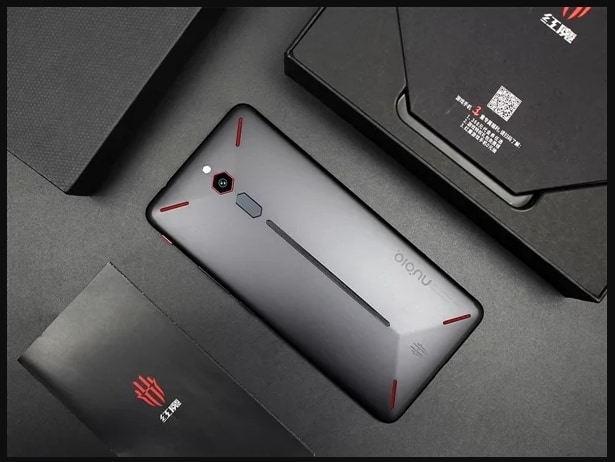 Earlier, Nubia launched ed magic smartphone The smartphone bears a 6-inch full-HD+ (1080x2160 pixels) LTPS TFT display that provides an 85 percent screen-to-body ratio. It is powered by the Qualcomm Snapdragon 835 SoC (four cores clocked at 1.9GHz and four cores clocked at 2.36GHz) coupled with 6GB or 8GB of RAM. Storage can not be extended with a microSD card. Optics include, 24-megapixel rear camera with a ISOCELL image sensor, an f/1.7 aperture, and a 6-piece motor driven lens. On the front, it bears an 8-megapixel camera with a BSI sensor, an f/2.0 aperture, 76-degree wide-angle lens, a 3-piece lens. It bears either 64GB or 128GB of inbuilt storage, not expandable via microSD card. What do you expect from Nubia Red Magic 2 gaming smartphone? let us know your expectations in comment section below.