Nonetheless, the brand has made some major changes in terms of battery, RAM, and camera specifications when compared to the other smartphones in Oppo R17 lineup. Oppo R17 Neo packs a 3,600mAh battery, comes with 4GB of RAM, and features a dual camera

setup with 16-megapixel and 2-megapixel sensor. Besides, Oppo R17 Neo in Japan has been set at JPY 38,988 (roughly Rs. 25,500). As per a listing found on Japanese website UQCommunications, the company is providing several monthly installment plans as well. However, the official Oppo Japan website does not provide any pricing and other details regarding the smartphone. 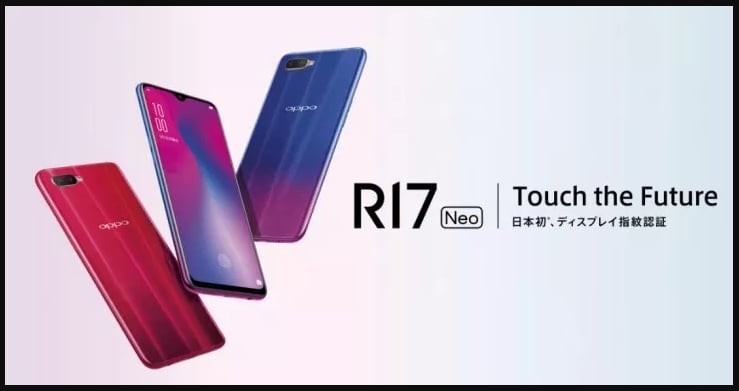 Diving into the details of Oppo R17 Neo Smartphone, The Oppo R17 Neo smartphone flaunts a 6.4 inch full HD+ (1080x2340 pixels) AMOLED display measures 158.3x75.5x7.4mm and weighs 156 grams. Under the hood, The smartphone is powered by the octa-core Qualcomm Snapdragon 660 processor clocked at 1.95GHz. It comes in a single 4GB RAM variant. Optics include, the Oppo R17 Neo has a dual camera setup with a 16-megapixel primary sensor and a 2-megapixel secondary sensor. On the front, the smartphone has a 25-megapixel selfie camera. 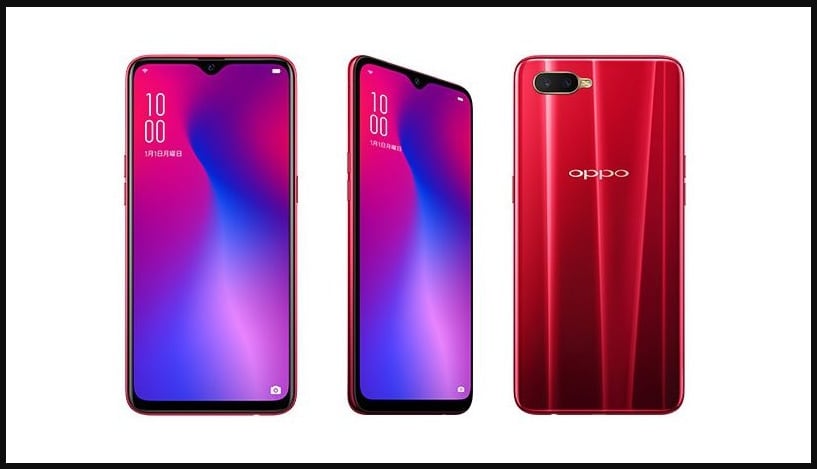 Nevertheless, Oppo R17 Neo smartphone comes with 128GB of inbuilt storage which is expandable Upto 256GB with the help of a microSD card. As for the connectivity options, the smartphone include 4G VoLTE, Wi-Fi 802.11 a/b/g/n/ac, and Bluetooth 5.0. As said above, the smartphone comes with an in-display fingerprint sensor and the handset is backed by a beefy 3,600mAh battery. Lastly, The device will be available in two color options - Blue and Red colour variants. 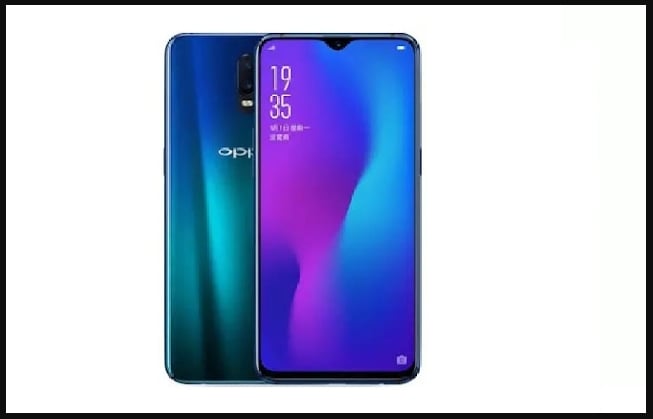 Under the hood, the smartphone is powered by an octa-core Qualcomm Snapdragon 670 SoC, coupled with 8GB of RAM. The handset has a dual rear camera setup that comprises a 16-megapixel primary sensor and a 5-megapixel secondary sensor clubbed with an LED flash. For selfies, there is a 25-megapixel Sony IMX576 sensor available at the front that has an f/2.0 aperture. For storage the device has 128GB Internal storage. As for the connectivity options it includes, 4G VoLTE, Wi-Fi, Bluetooth, GPS/ A-GPS, and USB Type-C. There is also an in-display fingerprint sensor and packs a 3,500mAh battery.

On the other hand, Oppo R17 Pro has also been unveiled. The highlight of the R17 Pro appears to be a triple rear camera setup. Others key features include Super VOOC Flash charging support, and a small display notch. The dual-SIM (Nano) Oppo R17 Pro runs ColorOS 5.2 based on Android 8.1 Oreo. The smartphone sports a 6.4-inch (1080x2340 pixels) full-HD+ display with a 91.5 percent aspect ratio. Under the hood, the smartphone is powered by an octa-core Qualcomm Snapdragon 710 SoC, coupled with 8GB of RAM. The handset has a triple rear camera setup that comprises a 12-megapixel sensor with f/1.5-2.4 aperture, a 20-megapixel sensor with an aperture of f/2.6, and a third sensor that is actually a TOF 3D stereo camera.

The Oppo R17 has 128GB inbuilt storage. The smartphone has 4G VoLTE, Wi-Fi, Bluetooth 5.0, GPS/ A-GPS, USB Type-C, and NFC support. Sensors on board include an accelerometer, ambient light, and a proximity sensor. it comes with an in-display fingerprint sensor. However, the smartphone is backed by an  3,700mAh battery and measures 157.6x74.6x7.9mm, weighs 183 grams.