The main highlights of the smartphones are notched display, dual rear cameras and 4320mAh battery. The Realme C1 is basically the Realme 2 with changes to the design and Dowgraded RAM and internal storage. The smartphone features 6.2-inch HD display on the front with a notch on the top and 19:9 aspect ratio, the smartphone is powered by Qualcomm Snapdragon

450 chipset which is clubbed with 2GB of RAM and 16GB of internal storage. Also Realme has added a microSD card slot for storage expansion Up to 256GB.

Moreover Realme 2 lacks of a Fingerprint sensor so customer has to rely on face unlock functionality. The best part with the Realme C1 is the company did not cut any corners to reduce the price of the phone, the smartphones sports dual rear cameras of 13 mega pixel + 2 mega pixel on the rear side, On the front there is a 5 mega pixel front facing camera.

Also the camera app comes loaded with a lot of Artificial Intelligence features such as Beautify, bokeh mode for front camera. 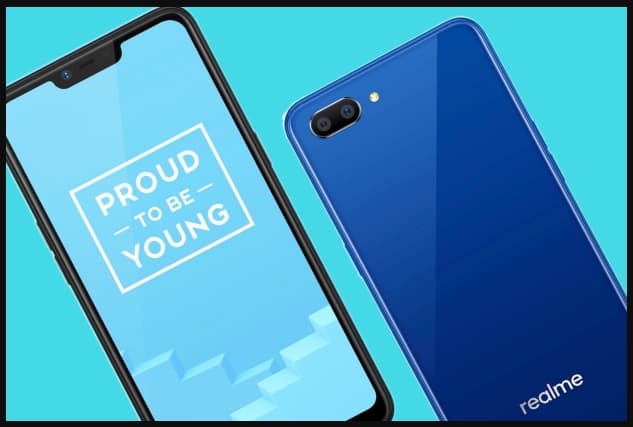 On the whole the smartphones is backed by 4230mAh battery. It is also revealed that Realme C1 available exclusively on Flipkart starting October 11 at 12 PM.

Earlier, This brand launched Realme 2 smartphone the device 2 is a downgrade to the Realme 1, but it comes with some noteworthy upgrades over its predecessor. The Realme 2 has a Snapdragon 450 chipset include, which doesn’t come close to the Realme 1’s MediaTek Helio P60 chipset.

But Realme has bumped the battery capacity to 4230mAh battery, nearly 1000mAh increase. It has also added a notched display on the front, dual cameras on the rear and more importantly, the phone now comes with a fingerprint scanner on the rear side.

The Realme 2 rocks two cameras on the rear side- a 13MP primary shooter paired with a 2MP depth sensor. Up front, the phone still has an 8MP shooter for selfies and video calls. However the smartphone can be purchased in three colour options  - Diamond Red, Diamond Blue, and Diamond Black.

Which smartphone you will buy? Xiaomi Redmi 6A or Realme C1 tell us in comment section below.