Redmi 6A Open Sale, Mi AirDots Earphones & Mi TV 4 Launched, The Chinese electronics company Xiaomi Corporation has announced open sale of its budget smartphone Redmi 6A. The smartphone can be purchased by anyone at anytime through Mi Official website and Amazon India.

As of now only the 2GB RAM + 32GB storage top end variant will be up for open sale, while the base variant will still be purchasable via the flash sale model. The main specifications of the Xiaomi Redmi 6A are 18:9 display, AI powered face unlock capabilities, dual 4G VoLTE capabilities, and the custom MIUI on top of Android 8.1 Oreo. The budget smartphone was launched in India in September 2018 at Rs 5,999. The availability announcement of Open sale was made by official Redmi India twitter handle, the announcement comes after the Diwali With Mi festive Moreover, the Chinese company Xiaomi also launched Mi TV 4 in china. The 4K HDR LED TV is priced at CNY 5,999 (around Rs. 63,300), It runs Android based PatchWall UI and features an ultra thin metal body that is 7.5mm thick. The new television has Dolby + DTS audio integration and 4K HDR video support. Also, it comes with 2GB of RAM and 16GB of Internal storage. There is additionally an artificial intelligence (AI) backed voice control system. Also, the Chinese maker unveiled its Mi AirDots Youth Edition truly wireless earphones to take on Apple AirPods. The wireless earphones comes with Bluetooth v5.0 support. There is also a dedicated touch zone that is featured on each earbud to let you perform actions such as enable or disable voice assistant, play or pause music, or answer or reject a call using your finger.

The Airdots is currently available for pre orders in China at CNY 199 (roughly Rs. 2,100). However, the sale will commence on November 11 through Xiaomi Mall, Xiaomi Youpin, Tmall, Jingdong, and Suning. 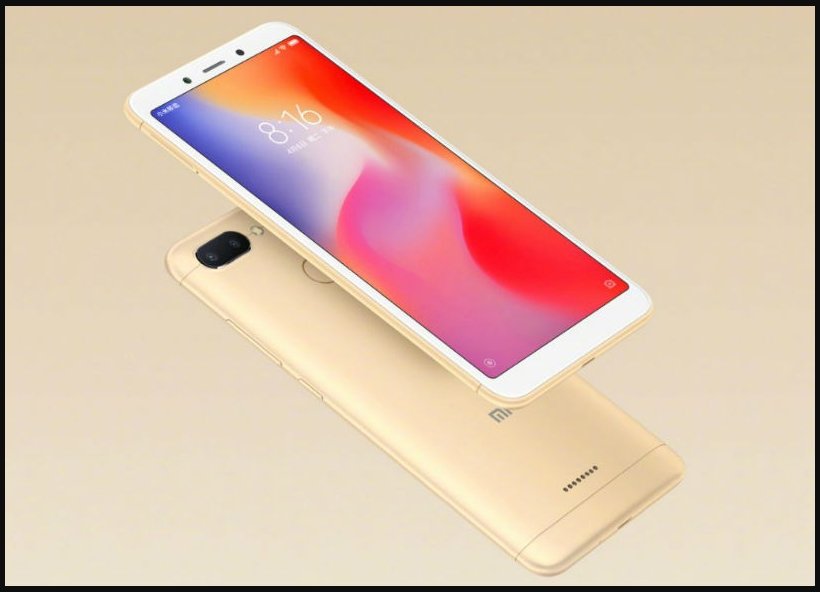 Storage can be further expanded with a microSD card up to 256GB. The handset comes with dual-SIM, dual VoLTE feature and runs MIUI on top of Android 8.1 Oreo. Talking about the camera, the budget smartphone Redmi 6A sports a single 13 megapixel rear camera snapper with f/2.2 aperture and PDAF. On the front, the phone bears a 5 megapixel selfie camera.

As for the Connectivity options on the budget smartphone include 4G VoLTE, Wi-Fi 802.11 b/g/n, Bluetooth v4.2, GPS/ A-GPS, a Micro-USB port, and a 3.5mm headphone jack. Sensors on the phone include Face unlock, Compass / Magnetometer, Proximity sensor, Accelerometer and Ambient light sensor. On the whole, the smartphone is backed by beefy 3,000mAh battery. Earlier, Xiaomi also launched Redmi Note 6 Pro smartphone, it flaunts 6.26-inch Full HD+ display with resolution of 2280×1080 pixels and 19:9 aspect ratio. Under the hood, the smartphone will have the Qualcomm Snapdragon 636 chipset, clubbed with 3GB / 4GB of RAM and 32GB / 64GB of internal storage.

Moving on to the Details, The AirDots features 7.2mm audio drivers which features deep bass and high quality stereo audio. The earphones have a touch zone that lets you work with a voice assistant, play or pause music, or simply attend or reject a voice call with a touch.

The earphones have a touch zone that lets you work with a voice assistant, play or pause music, or simply attend or reject a voice call with a touch. There isn't any physical button to control your playback. 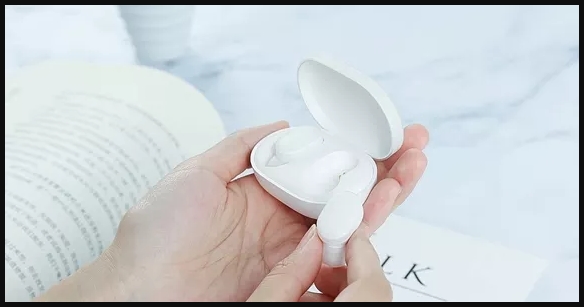 You can also touch the earbuds to mute an ongoing voice call without using your connected phone. Moreover, it comes with a charging case that delivers 12 hours of power. You can put the headphones within the case to charge them, without using any external charging source. The earphones are claimed to deliver four hours of playback time on its stereo mode, while five hours of usage can be gained in the mono mode on a single charge.

The drivers of the new earphones have a frequency range between 20Hz and 20kHz alongside featuring sensitivity of 100dB and an impedance of 32 ohms. Furthermore, Xiaomi has provided a built-in battery pack that is rated to deliver up to 200 hours of standby time and eight hours of music playback on a single charge. The headphones also come with up to two hours of charging time with a 5V-1A charger.

Whereas, The Xiaomi Mi Dual Unit Semi-in-Ear Headphones, on the other side, has a half in-ear design and come with a 1.25 meter cable that has a three button, in-line remote with a built-in microphone and music controls.

The headphones have a dynamic coil and are Hi-Res Audio certified. Also, they have a frequency range between 20Hz and 40,000Hz, sensitivity of 105dB, and an impedance of 32 ohms. The headphones additionally come with multi-layer ceramic speakers and have a glossy build with a ceramic texture that overall weighs 14 grams.

Xiaomi Mi TV 4 has a 65 inch Fullscreen panel that supports 4K HDR playback. The TV has minimal bezels and a metal body, similar to the other models in the Mi TV 4 range. Also, it comes with a quad-core Cortex-A53 SoC, paired with 2GB of RAM and 16GB of flash storage. The Television has a support for  Dolby + DTS audio decoding. In terms of software, the Mi TV 4.65 inch 4K HDR model boots on Android operating system with PatchWall UI on top. There is also an AI-powered voice system that works with the bundled remote control. Right now, the TV is available for sale in china. However, the Chinese maker didn't unveil when it will launch the new Mi TV in other markets including India.

Mi TV 4 is powered by the Amlogic Cortex A53 quad-core SoC clocked up to 1.8GHz, alongside Mali-T830. It has two 8W speakers and as mentioned, it comes with Dolby Audio and DTS-HD. In terms of dimensions, the TV measures 1685.5x1043.2x972.1 mm and weighs 35.1 kilograms without base weight. In terms of connectivity, the Mi TV 4 offers three HDMI ports, an AV port, two USB ports, one Ethernet port, and S/PDIF. It has Wi-Fi and Bluetooth support as well.

Do you like Xiaomi Mi AirDots Wireless Earphones and Mi TV 4? Let us know your thoughts in comment section below.