Home
/
Apple iPhone
/
Here Is Everything About iPhone 8, iPhone 8 Plus And iPhone X Launch! Specification, Features And Much More

Apple has launched the two new smartphones on 12th September 2017. The device iPhone 8 and iPhone 8 Plus were launched at a major event in California and they also released the premium iPhone X Handset.

The iPhone 8 and 8 Plus are raised to Apples current iPhone 7 and 7 plus range. They have updated few of the main features in iPhone 8. First, most of them thought the iPhone 8 will be the main new phone of Apple but Apple has released three smartphones as it was the 10th anniversary of the original iPhone. Tim Cook said at the launch event, "Our intention has always to create something so magical, powerful, that the hardware virtually disappears." He added it was a "new step forward for iPhone" that will "set the path for technology for the next decade".

Here are all the details about the iPhone 8 and iPhone 8 Plus. Specs and, importantly, prices that you need to know.

In appearance iPhone 8 and iPhone 8 Plus looks similar to iPhone 7 and 7 Plus. iPhone 8 has 4.7-inch screen display and the 8 plus has a 5.5-inch screen. Both have a dual camera lens on the back.  Apple says the processor is A11 Bionic, "the most powerful and smartest chip ever in a smartphone."

There will be glass on the front and the back of the device, "reinforced by a laser welded steel and copper". It will be water and dust resistant sealed. The new iPhone will have the most long lasting glass ever in the device. Both the device will have an HD retina display and a 12MP camera.

Colours Of The Device!

iPhone 8 will be available in silver, space grey and a new blush gold colour.

When will the iPhone 8 and 8 Plus go on sale?

iPhone 8 will go on sale on 22nd September. From 15th September you can pre-order your device. iOS 11 will be available to download from 19 September.

How much will they cost?

iPhone 8 and iPhone 8 Plus will come only in two storages. The 64 GB and 256 GB is available and can preorder on 15 September.

All the features of the new iPhone 8 and prices. Both phones offer 64 GB and 256 GB and available for preorder on Sep. 15 pic.twitter.com/N89yQP0AON

Best features Of iPhone 8 And iPhone 8 Plus

The two new iPhone 8 and 8 Plus will be like iPhone X which comes with Wireless charging. The phone will be charged by just keeping it on the power pad. This is the first time the technology has come to the iPhone. Schiller said, "This is a simple thing. We do it every day. We use them every day and charge every night."

The newly launched iPhones will have the Apple's new operating system iOS 11. iOS 11 has hundreds of new features like a redesigned control centre, better multitasking, improvements to the camera, peer-to-peer Apple Pay and new safety features. 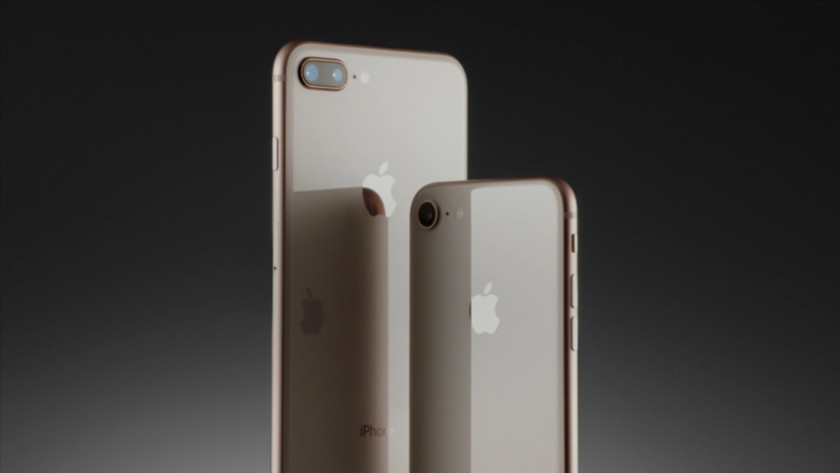 iPhone 8 Plus will have 12 MP dual lens camera which is similar to iPhone 7 Plus. It has a faster and larger sensor with a new color filter and deeper pixels.

According to Apple, the new camera has the highest quality video capture ever. It has a better video stabilisation and 4K video up to 60fps.

Apple has also launched the iPhone X which is pronounced as iPhone 10. It will cost more than £999. iPhone X will have the latest technology with an edge to edge OLED display, facial recognition, wireless charging. Know everything about the new and best features of Apple's new product.

iPhone X has a display of 5.8-inch which will be smaller than iPhone 8 Plus. Apple said it has been its goal to create "an iPhone that is all display".

In this device, Apple has cut down the iPhone's iconic home button. This home button is there on every device from the first iPhone which was released in 2007. Even the front facing fingerprint scanner is removed. iPhone X has a bezel free design, the screen covers almost the front side full. For selfie camera and facial recognition, the screen has a slight notch that indents at the top. The device has a dual lens rear facing the camera. It will be available in Silver and Space grey colour.

Apple's phones are best to buy and these new devices are somewhat interesting. It is sad that everyone can't buy these Apple phone as the prices are too high.

So guys how many of you are going to buy this phone? Share it in the comment box.