Hello everyone, we are back with a news of Samsung Galaxy S9 having a feature like iPhone X. The south Korean giant Samsung has officially presented the processor Exynos 9810 in S9 and also features like iPhone X. So let us go through the full details of it.

The South Korean company Samsung has officially introduced the Exynos 9810. It is a processor which is used by the South Korean firm in its upcoming flagship Galaxy S9. In the new smartphone, it will have all the necessary technology to offer artificial intelligence. 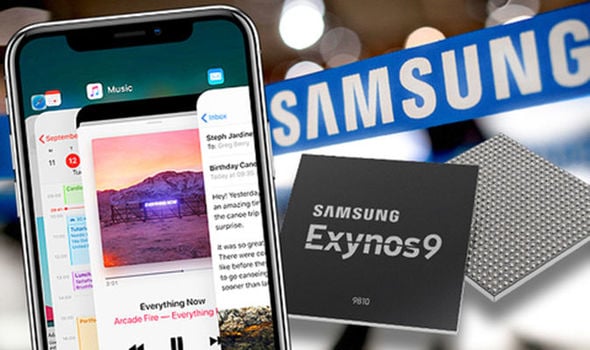 The main features of the processor which will be used in Samsung Galaxy S9 are:

As of now we just know few for the new Samsung Galaxy S9 and Galaxy S9+. As per the several reports, the Asian firm has given us the hint of getting a feature like iPhone X in Galaxy S9.

The company has teased, that Samsung Galaxy S9 is improved with a feature of Facial recognition technology. At the time of the announcement about the latest processor of a smartphone, Exynos 9 Series 9810, the South Korean company gave us the hint.

At the same time with Qualcomm SnapDragon 845, the new processor has widely topped to power the new generation of Samsung Smartphones.

The features of Exynos 9 chipset gives clues to what we all can expect from the new Samsung Galaxy S9 and Galaxy S9+.

Samsung highlights the Exynos which will be able to give face-tracking filters and also a strong security to unlock the phone with your face. If this is true then it's same because these two features are all new in iPhone X.

Apple's new flagship handset deletes the fingerprint scanner and adds a facial recognition feature in the camera system. As per the news, the new Samsung device will have the similar feature.

According to Samsung, the cutting edge technology lets the processor to perfectly recognize people or things in the photos for the fast searching image.

However, more information is not yet officially confirmed, because Samsung wants to wait for the presentation event. They will reveal everything about the smartphone at the event. One of the main parts of the performance of the Samsung Galaxy S9 has presented by the same company.

The Processor, Exynos 9810 is built on the Samsung's second generation 10-nanometer FinFET architecture. This will improve the performance of the phone with its third generation CPU.

It will also have a faster LTE gigabit modem. Koreans will not only use this in their smartphones but also for their personal computing.

ALSO READ:Samsung Galaxy A8, Galaxy A8+ (2018) Launched With Dual Selfie Camera! These Devices May Come In India In Early January

The Processor will be presented at CES 2018, where the company expects to reveal it as one of the banners of next generation of the phones.

So, guys what do you think about this new Artificial Intelligence AI based processor of Samsung? Share your views with us by commenting below.