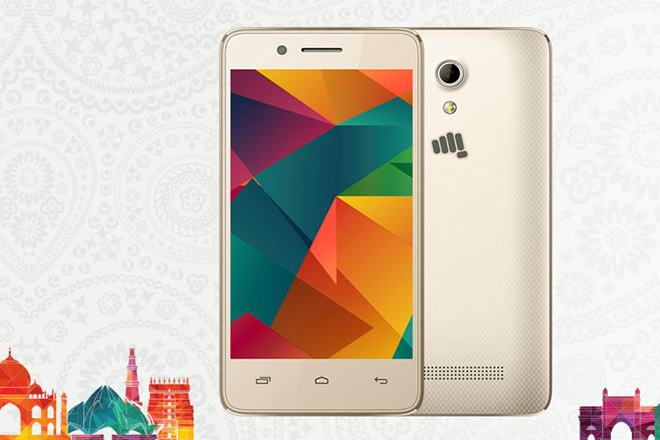 Under the partnership between the Vodafone and Micromax, the interested users on Vodafone or new customers can buy the new Bharat 2 Ultra 4G smartphone at Rs. 2899. The customer will have to recharge with Rs 150 per month for the next 36 months.

Vodafone says that the recharges can be of any denomination totaling to a minimum of Rs. 150 per month. At the end of 18 months, the company will offer the cashback of Rs 900 and after another 18 months the additional cash back of Rs. 1000. The users will get the cash back in their Vodafone M-Pesa Wallets. The user can use the money for transacting digitally or can withdraw the cash. The offer is quite similar to Airtel with the same down payment but the cashback of Rs 1500 over three years.

As per  Micromax, the series of Bharat has been impressive in the Indian market. The company says the Bharat phones have been booked by 2 million users.

On talking about the specifications of Bharat 2 ultra, the device has a display of 4-inch WVGA. It is powered by quad-core Spreadtrum SC9832 processor clocked at 1.3GHz coupled with 512MB RAM. The device has 4GB of storage. The camera has a 2-megapixel rear camera and 0.3-megapixel front camera. The smartphone runs on Android 6.0  Marshmallow and packs a 1300mAh battery. The 4G smartphone will be available in India starting November first week.

The Associate Director Consumer Business, Vodafone India,  Avneesh Khosla says, "We are delighted to partner with Micromax to democratize the 4G smartphones at a never before price of under Rs. 999. This will help fulfill the aspirations of several million phone users across the country who desire a smartphone but couldn't afford one. It will also encourage current non-users of 4G to upgrade and enjoy a richer user experience with Vodafone SuperNet 4G."

The co founder of Micromax, Rahul Sharma, says, "This partnership with Vodafone will help bring in the next phase of smartphone adoption by hand-holding consumers to upgrade them from feature phones to smartphones. We believe that greater device affordability and low-cost data packs will drive increased smartphone adoption, as there is still a huge gap."