Xiaomi Redmi Note 5 New Colour Variant Launched, Xiaomi is chinese electronics company headquatered in Beijing, Today this brand launched a new colour of its heretofore launched smartphone named as Xiaomi Redmi note 5 which is also knows as redmi note 5 pro in India. For the present xiaomi launched redmi note 5 pro new colour variant in china, though the brand is yet to announce the new colour in india and in other countries.

This new variant flame red comes with 4GB of ram and 64GB of internal storage It will be up for sale in China for 1399 Yuan which is Rs 14,685 in Indian currency. Xiaomi made this announcement through its official Weibo handle earlier today. However the sale of this smartphone will take place tomorrow. Xiaomi didn't modified hardware specification of this new variant. The Redmi Note 5 in China sports a 5.99-inch Full HD+ display on the front with a resolution of 1080 x 2160 pixels and 18:9 aspect ratio, The smartphone is powered by Qualcomm snapdragon 636 Soc coupled with 4GB of ram and 64GB of internal storage, This device is also available in other options 3GB ram 32GB storage and 6GB Ram 64GB Storage.

Moreover, the smartphones comes with 12 mega pixels rear shooter on the back panel which is coupled with 5 mega pixels secondary camera, on the front there would be a 13 mega pixel selfie camera.

The device comes with mediore features such as Xiaomi has officially announced the Redmi 6 Pro smartphone in China today and as expected, it’s yet another Xiaomi smartphone with the good-old Snapdragon 625 SoC and also the first Redmi phone with a notch display., VoLTE, Wi-Fi 802.11 ac, Bluetooth 5.0, GPS and a micro USB port at the bottom. This device is backed by a 4000 mah battery and boots on Android Oreo 8.1 MIUI 9.5. The dual 4G functionality has been added to the Redmi Note 5 Pro in India as well with a software update.

Also, Today Xiaomi Mi Max 3 Pro specification leaked online. The smartphone making round on the web. As always, the Pro will have slightly better specifications than the standard version. Mi max 3 pro include a 6.9-inch Full HD+ display on the front, Sony IMX363 primary sensor on the rear, 5400mAh battery and this variant will come with 6GB of RAM & 128GB of internal storage it will be powered by snapdragon 710 soc which is the latest and powerful upper mid-range chipset from Qualcomm. lastly the launch date is yet to be revealed by the Chinese company. 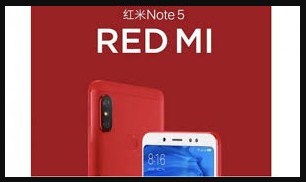 Earlier, Xiaomi has officially announced the Redmi 6 Pro smartphone in China today and as expected, it’s yet another Xiaomi smartphone with the good-old Snapdragon 625 SoC and also the first Redmi phone with a notch display.

If you have any question regarding this smartphone variant then let us know in the comments section below.