Hello, readers, we are with a good news about WhatsApp Digital Payment feature. Finally, now we can pay through WhatsApp. Yes, Whatsapp has brought its payment feature and it will go live in the end of February i.e, next month. So now let us know each and every detail of it. 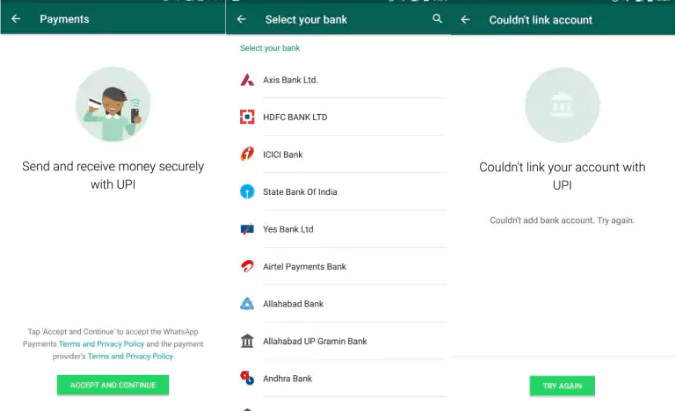 Earlier there were reports about adding Payment method on WhatsApp Messenger app. If we see last year report that it was believed that the feature was going live in December 2017, but unfortunately it didn't go. Now, finally, WhatsApp is ready to launch its Payment feature. The users will be able to use it from next month.

WhatsApp Digital Payment could go live by next month

As per the reports on Economic Times, it says, the Digital payment feature will go live in Next month. Also, it is said that India may be the first country to get the payment feature first.

A source from the development told to Economic Times, the new feature is almost done as it is in its final phase of testing.

His words " The platform is already in beta stage (testing) with one of its partner banks. We expect the product to go live for consumers by the end of February, depending on how the trials work out.”

Whatsapp is in progress with integrating it's UPI unified payments interface platform with all the popular banks. Banks like State Bank Of India, HDFC, ICICI, Axis Bank.

UPI is one of the fastest-growing payment apps in India, after demonetization. Only UPI has done over 145 Million transactions in last December. There is no doubt that WhatsApp one of the most popular app in India and also worldwide.

Before the payment feature comes out, there are many security problems which must be checked. A banker who is interested in WhatsApp payment system said, “To be able to send money as easily as a text message involves ensuring various levels of encryption to keep the data safe. UPI, by itself, also has a complicated settlement mechanism between various banking partners. These issues need to be attended to before the product goes live.”

Digital payments in India are slowly growing and the users are also accepting it. The Digital payments have a great increase in India where the mobile connectivity is growing day by day. Also, the government is ready to make the digital payments as a way of life.

As we all know, Whatsapp is not the first app to give digital payment in India. Apps like Hike Messenger, Tez, Paytm are already giving us. According to the reports, Hike has done around 10 million transactions in June. Hike is also a much popular app.

As compared to WhatsApp, we can say WhatsApp is more popular in the country. So we are excited about the new feature which is already popular before going live.

So, guys what do you think about the digital payment method on Whatsapp? Share your views with us by commenting below.