Redmi 6 Pro is the popular successor of Redmi Note 5 Pro. Xiaomi Redmi 6 Pro has a display of 5.84-inch 19:9 and supports dual rear cameras. It supports octa-core Snapdragon 625 SoC and is powered by 4000mAh battery. There is an AI Face Unlock feature, portrait, and voice assistant features. The device has a notch in its display in the style of iPhone X. This is the first device in the Redmi series rest all are styling like Redmi Note 5 Pro. With this device on the other side, Xiaomi also launched Mi Pad 4 tablet. The sale of the device will start at 10 AM CST on 26th June.

The newly launched smartphone will be available in Black, Blue, Gold, Pink, and Red color variants. Still, there is no news about the device launching in India or a release date in the other country.

It supports Dual-Nano SIM. The smartphone runs on Android-based MIUI 9. There is a full HD Display of 5.84-inch with 1080x2280 pixels. Powered by an octa-core Snapdragon 625 SoC coupled with Adreno 506 GPU of 3GB or 4GB RAM. 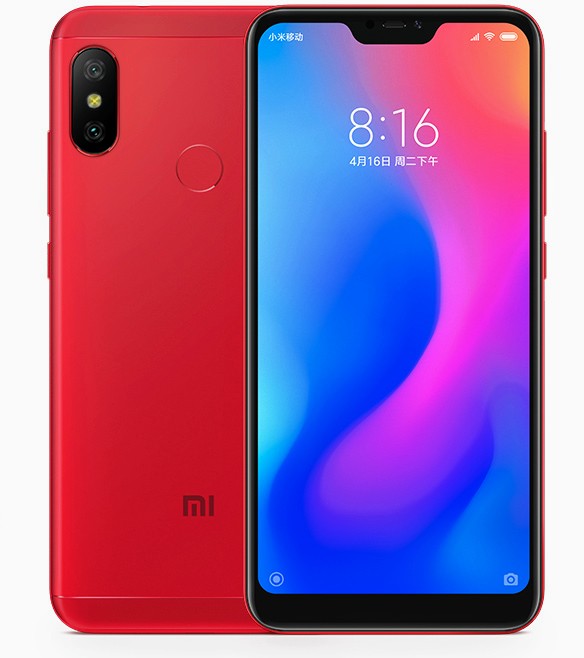 There is a dual rear camera setup in the device. A 12 MP primary sensor has 1.25-micron pixels, LED Flash, PDAF, and a f/2.2 aperture. The secondary sensor is of 5MP. A front camera is of 5MP with HDR and AI Portrait mode.

The inbuilt storage variants of Redmi 6 Pro are of two types 32GB and 64GB. It can be expandable with the help of Memory card up to 256GB.

It is powered by 4000mAh and weighs 178 grams. And the Sensors which are on board are an accelerometer, ambient light sensor, digital compass, gyroscope, infrared, and a proximity sensor.